Sanaz is going to give a Keynote Speech at IEEE World Congress on Computational Intelligence (WCCI) 2020:

OvGU Picnic - almost back to a new normal life on campus

Part of CI group at the first picnic on campus: 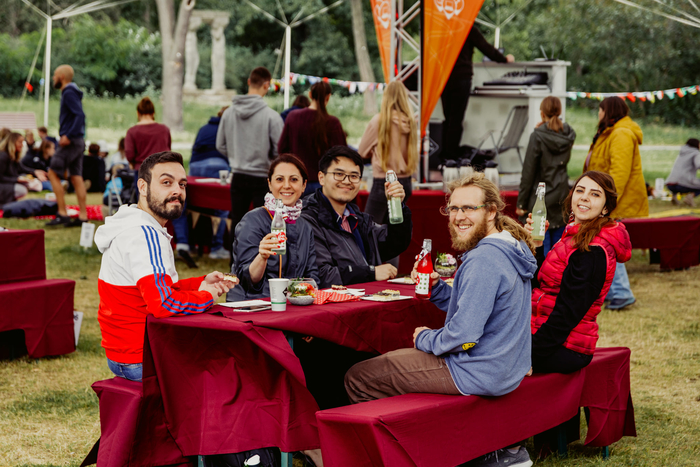 Together with Dr. Keeley Crockett, Sanaz is the general chair of IEEE Symposium Series on Computational Intelligence, which will take place in December 2021 in Orlando, USA: 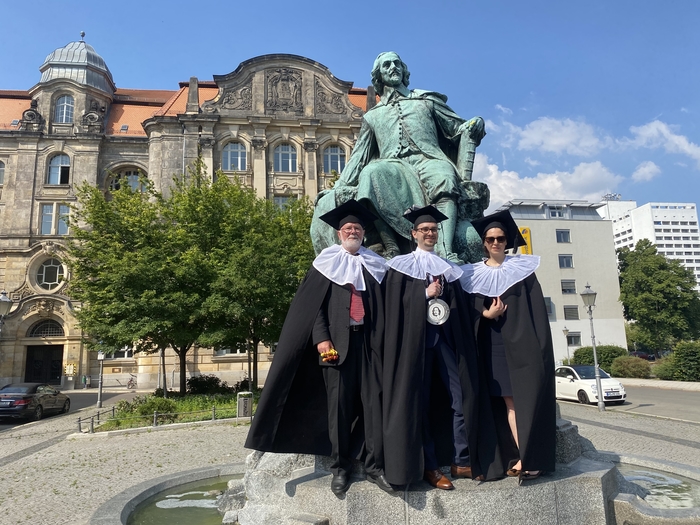 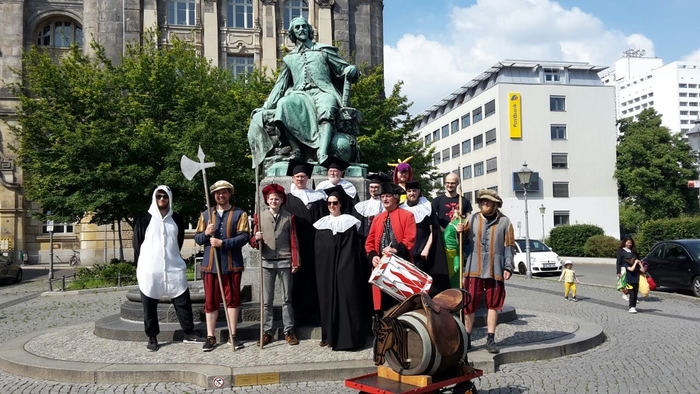 We will offer all of our courses in summer semester 2020 in online format. More information can be found:

Sanaz got appointed for the next term of two years as the member of the advisory board on digitalization, Ministry of Economy, Science and Digitalization, State Sachsen-Anhalt, Germany: More information can be found here (in German)

A new project with the title "AI to the Rescue: Life-and-Death Decision-Making under Conflicting Criteria" which is funded by the Volkswagen Foundation will start soon. More information will be provided here: http://ci.ovgu.de/Projects.html

The CI group is very happy to receive two awards for the best research from the faculty of Computer science:

Heiner received the “FIN-Forschungspreis für Nachwuchswissenschaftler” for his contribution to the field of Large-Scale Multi-Objective Optimization by publishing the paper:

Lukas Hoyer received the “ FIN-Forschungspreis für Studierende” for his contribution to the field of Robot Localization by publishing the paper:

Congratulations to both of them! 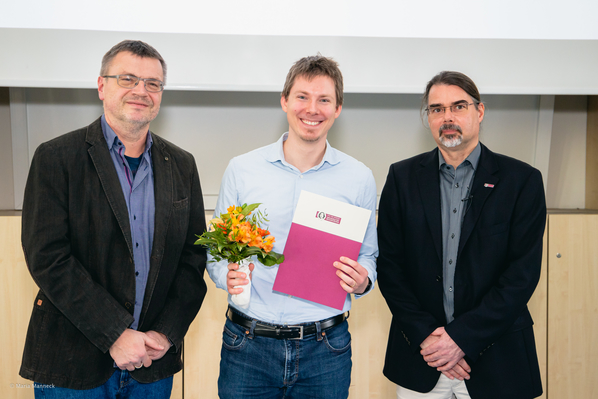 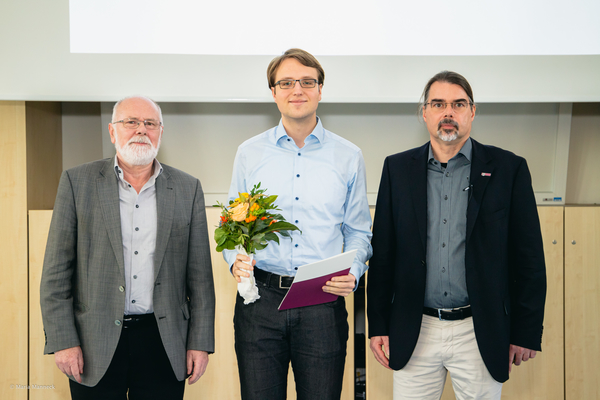 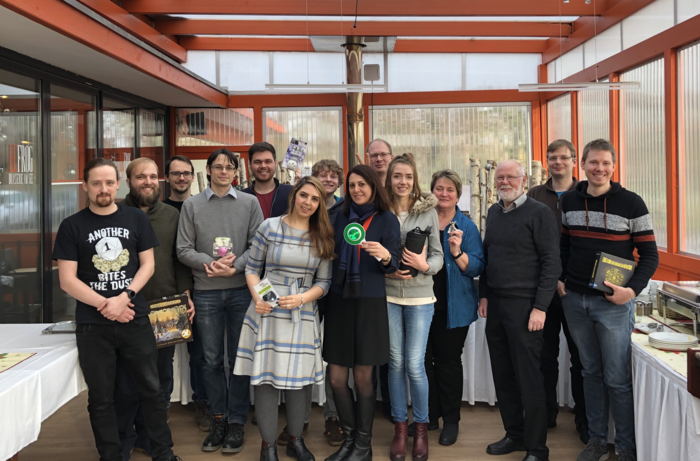 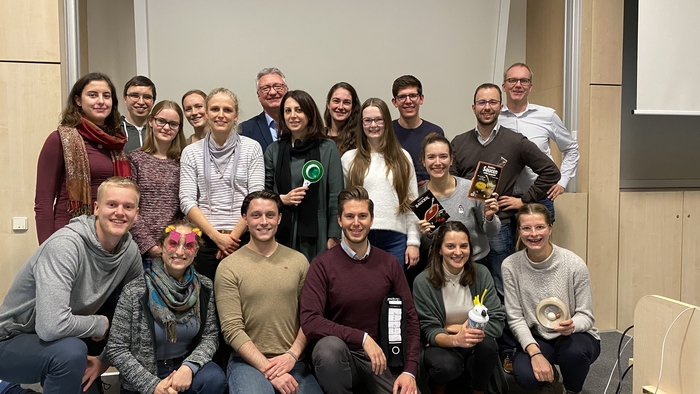 Large-scale Multi-opjective Optimisation: New Approaches and a Classification of the State-of-the-Art

Congratulations for the excellent work! 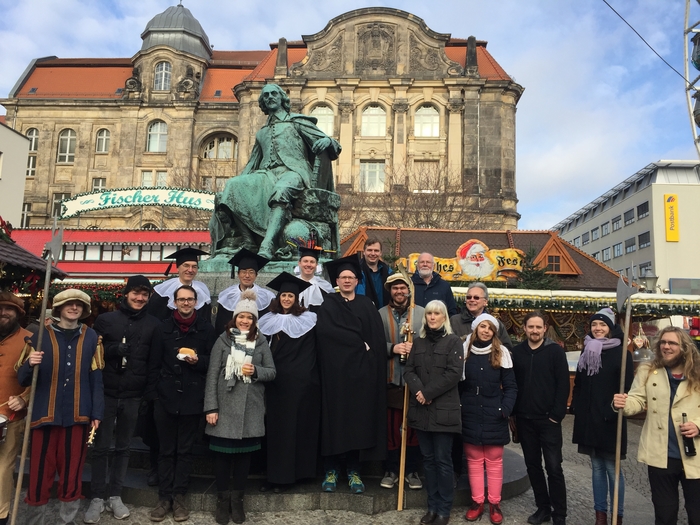 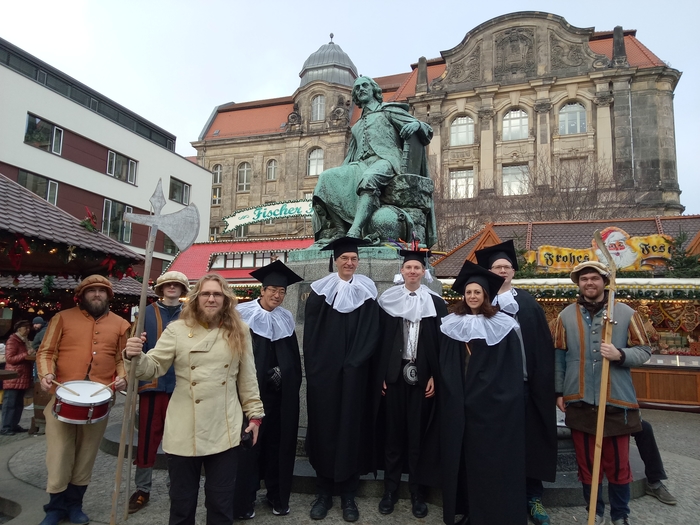 The RoboCup Team which got the second place at the WorldCup 2019 in Sydney, was invited by the mayor of the city Magdeburg and was honored to sign in the golden book of the city: 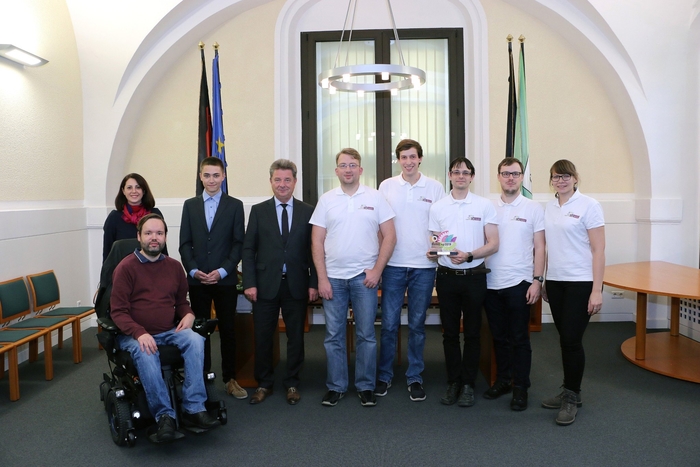 On Monday 18.11.2019, we organized the second MOSAIK project meeting at the SwarmLab. Our project partners from the University of Erlangen, German research center for AI (German: DFKI), NETSYNO and BOSCH GmBH visited us. We had a very fruitful meeting and a great team-building event in the evening: 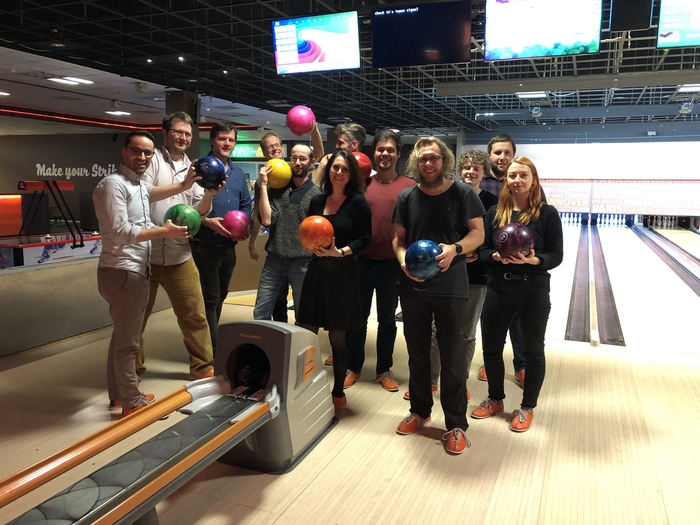 Xenija's paper which got published at IEEE Transactions on Games is featured at IEEE Computational Magazine: 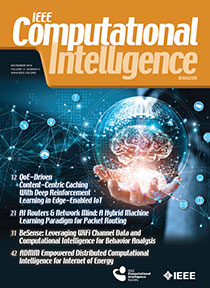 Alexander Dockhorn and Rudolf Kruse attended the 11th Conference of the European Society for Fuzzy Logic and Technology conference in Prague.

There, Alexander received the distinguished student paper award for his paper: 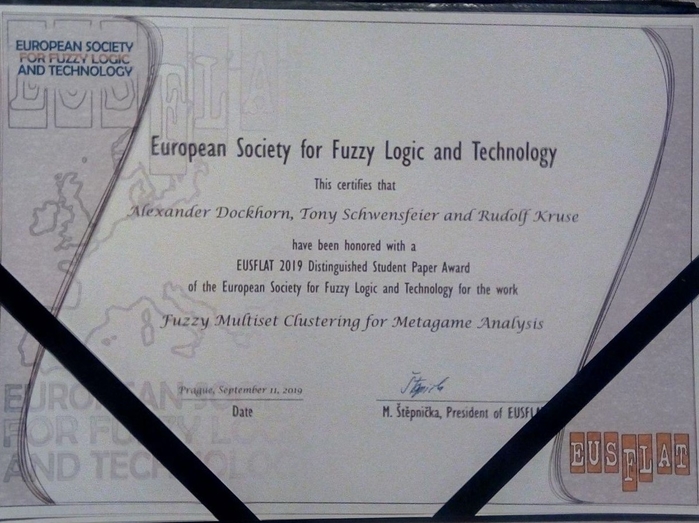 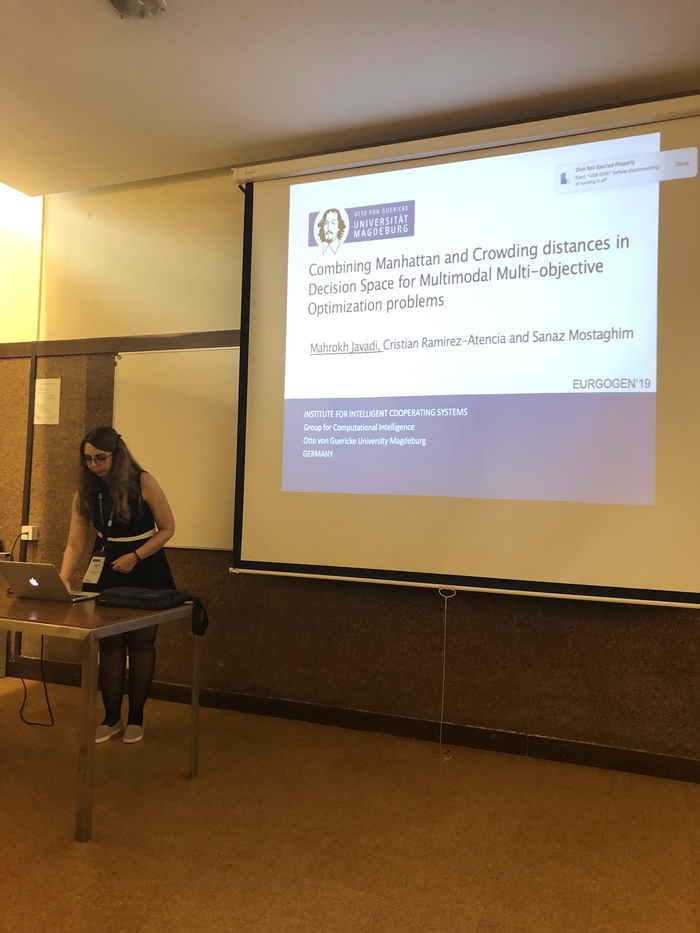 Xenija received the best poster award at IEEE Conference on Games in London for the paper:

The picture from Award Ceremony will be uploaded soon... 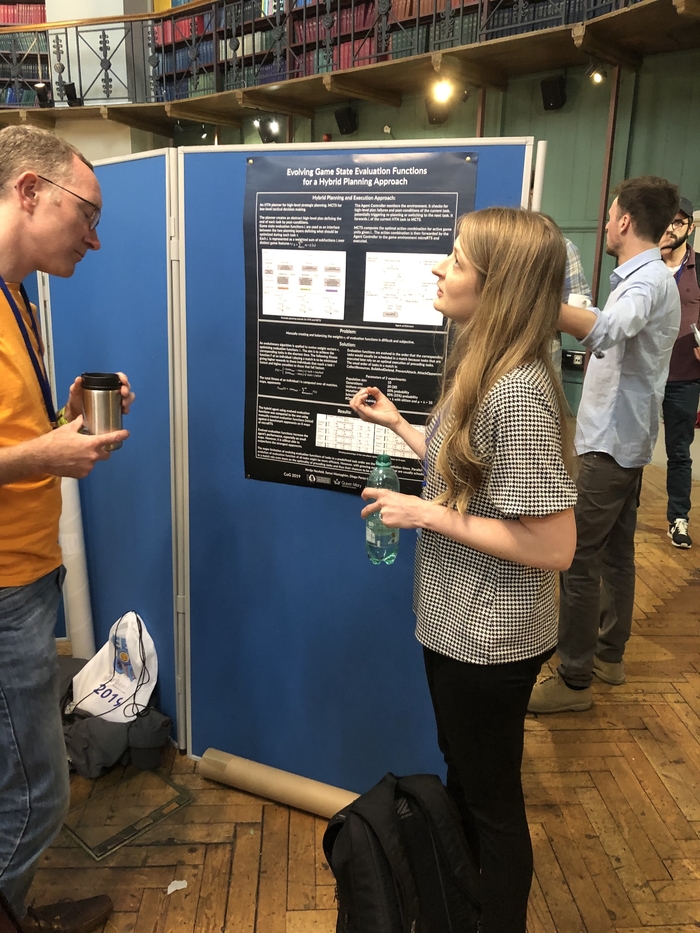 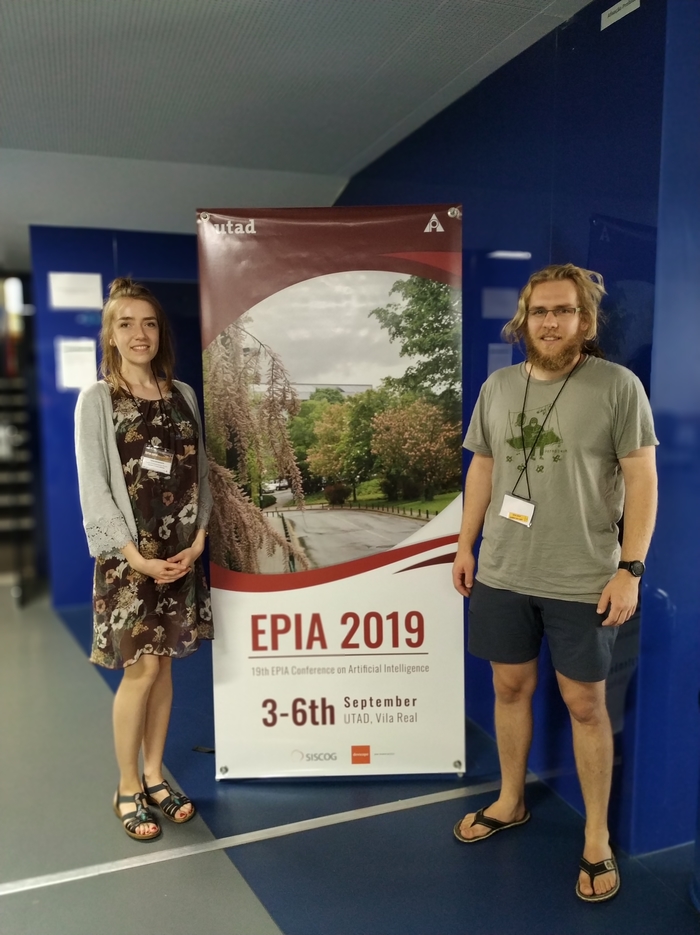 Xenija, Alex and Sanaz were part of the IEEE Conference on Games which took place last week (20-23 August 2019) in London. We have been very successful!! Sanaz has been one of the general chairs, Alex was part of the video competition committee and Xenija received the Best Poster Award! 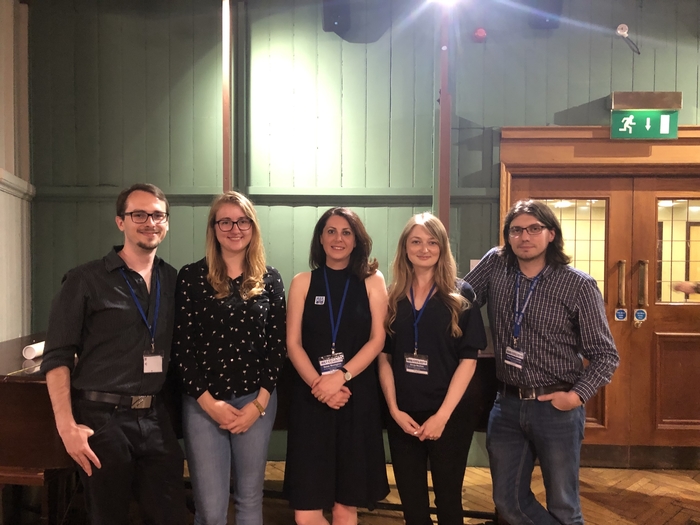 We have been visiting our industrial partner Bosch at Arena 2036. Really productive meeting: 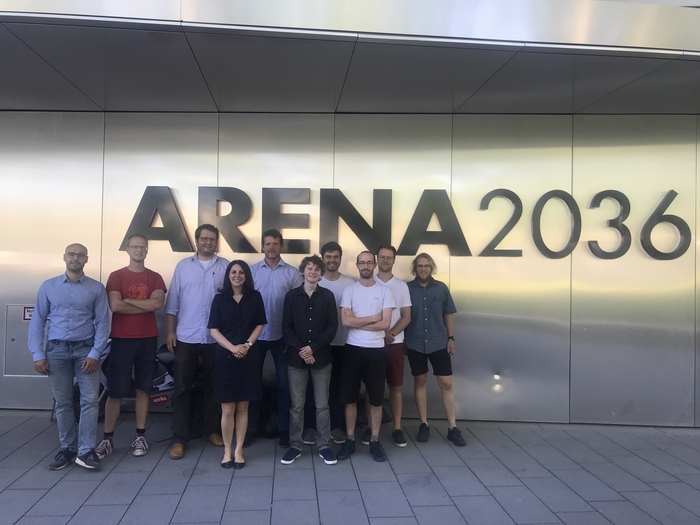 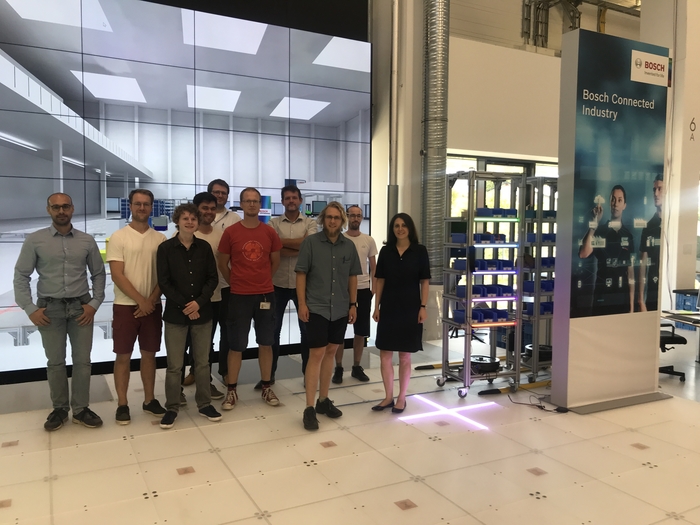